Moving, revealing and inspiring you to seek a deeper understanding of the world around us through TRAVEL. Creating itineraries at luxury conservation properties that will be available exclusively for Banovich Wildscapes Travel. 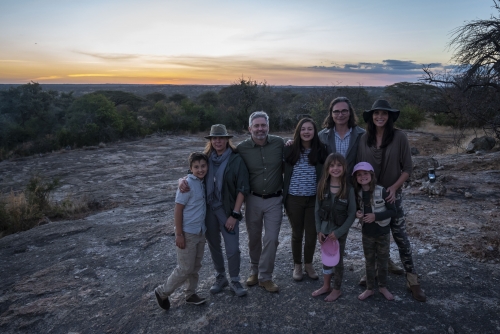 Through a shared vision John Banovich and long-time friend and Founders of Homann's Africa, Mark & Maria Homann have joined forces bringing decades of experience in the international travel industry creating itineraries at luxury conservation properties that will be available exclusively for Banovich Wildscapes Travel. Through our long-standing relationships and history with premium properties throughout Africa and beyond we have secured exclusive arrangements offered to no other travel operators on the continent, allowing us to design itineraries that provide exclusive experiences and access to properties unavailable to outside agencies. Banovich Wildscapes Travel currently has members in the United States and on the ground throughout Africa to provide concierge level services.  Separately, accomplishing unrivaled success in their own careers catering to clientele in a luxury market, Banovich and the Homann’s combined venture of Banovich WIldscapes Travel sets a new standard in luxury experiential travel. 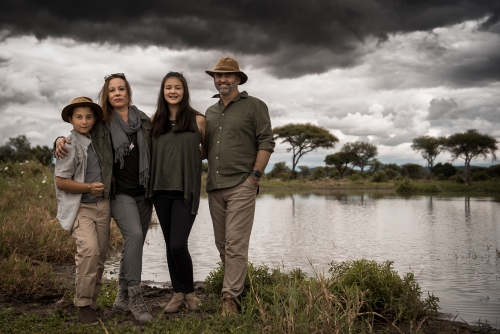 "I have spent my entire adult life living, loving and breathing the safari business and have had the privilege to have managed camps and guided guests in many fascinating places in Africa. I now use the United States as a home base, where I live with Maria and our two young children, and continue to guide safaris throughout Africa’s wilderness areas."   Mark Homann

We believe that our shared love of Africa and its people, coupled with our personal passions and professional strengths, allows us to collaborate to create unparalleled custom safari experiences. We ensure that every exquisite detail of your Banovich & Homann’s Africa adventure is perfect, from the moment your feet touch the African soil until your last night under an African sky.

Mark’s childhood was contrasted between the rigorous discipline of old world British style boarding schools in remote areas of Zimbabwe and carefree adventures exploring the wilds of the Zambezi Valley.  Upon completing his education Mark started his guiding career among the great elephant herds of the Kalahari Sands in Hwange National Park.

One of Zimbabwe’s youngest guides to qualify as a fully licensed professional guide, Mark has been leading safaris since 1990 and is one of only two fully qualified Professional Guides based in the United States.

Our African Heritage began in the blossoming settlement of the Cape in the start of the 18th century. Generations of Homanns lived and farmed in the Karoo of South Africa but our ancestors moved north planting roots in the unchartered territories norths of the Limpopo River building a farm and life in what is today Zimbabwe. 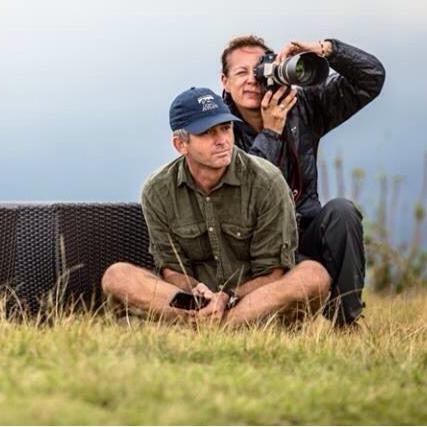 When I met Maria in 2002, she was working in New York City as fashion designer Donna Karan’s personal chief of staff. While working with Donna Karan and as a personal assistant to actor/writer/director Chazz Palminteri, Maria garnered a wealth of experience in planning for and meeting the professional and personal needs of many successful and creative people. This wealth of knowledge has given her the background to successfully plan for others as well as multi-task ensuring all her clients’ needs are met.

We married on Palm Island on the Zambezi River above Victoria Falls in 2003. Maria moved to Zimbabwe to live in the bush with me at Pamushana where I was managing the guiding program.  Her thirst for adventure was a good fit for Africa where she spent her days learning, living and helping with The Malilangwe Trust Community program.

Today, we combine our personal love of Africa with our extensive professional knowledge and experience, personally seeing to it that the wishes and details of our guests are met and exceeded every single day. Mark spends over 80 days each year on safari with our guests and Maria travels to revisit existing properties and to explore new products and experiences. We regularly travel on safari with our two children allowing us valuable insights into the unique aspects that make family safaris treasured memories.

We continue to do what we love, running and guiding safaris in Southern and East Africa. Our passions are found in Africa and in its wild places and her people.  We would love to personally design your safari through the African bush and share with you the many magical places that have enriched our lives. 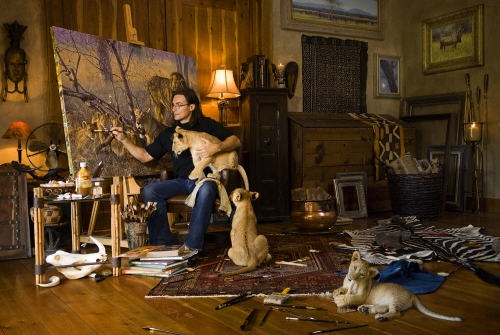 John Banovich is known internationally for his large, dramatic portrayals of iconic wildlife, his deep passion, knowledge and unwavering commitment to conservation. Banovich's art is in prominent museum, corporate and private collections and has been exhibited in numerous prestigious venues around the globe.  Banovich has been showcased on CBS Entertainment Tonight, The Outdoor Channel, The Great American Country Channel, Orion Entertainment, PBS and NBC has written about his dedication to his conservation work and named him an NBC Cause Celebrity.

In 2007 John Banovich founded the Banovich Wildscapes Foundation. It is the culmination of tireless conservation efforts over the past two decades. Through his career as an artist, Banovich has inspired a deeper understanding of the world and its wildlife, encouraging successful conservation efforts and awareness of endangered species and their habitats.

Under the umbrella of his Banovich Wildscapes Foundation, money generated through artwork sales has been channeled back into support efforts that promote habitat protection, science-based wildlife management and sustainable tourism. 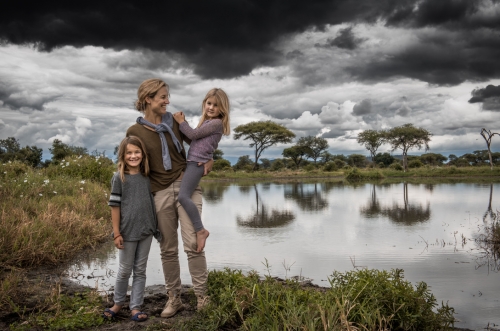 Born and raised in Durban on the east coast of South Africa, my childhood memories are filled with family holidays spending endless hours in the bush. Naturally having parents who are passionate about wildlife and in particular avid birders you learn from a young age to appreciate the sights, sounds and intricacies of the bush.

It was inevitable that I met my husband while working and living between the Singita lodges in the Sabi Sands Reserve and Kruger National Park. Now ten years on we are living in Arusha - the hub of the northern safari circuit of Tanzania - and with a family of our own we hope to pass along the same enthusiasm and appreciation to our two young girls.

Having lived the bush life and been afforded the opportunity to visit countless safari camps and lodges in a number of countries, I would be pleased to assist you with the detailed planning and execution of your next African adventure!